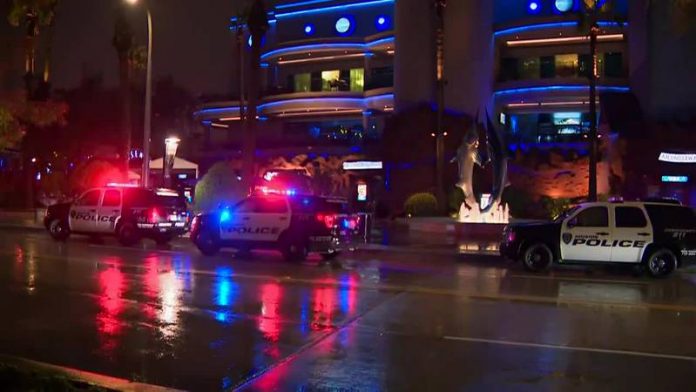 A man and woman were finishing dinner at the bar of the Aquarium Restaurant when a man at the other end of the bar stood up, walked over and shot them both.

A police spokesman says security video showed the suspect then shot himself once fatally.

He says the woman is hospitalized in stable condition.

No other injuries were reported.

The relationships between the three weren’t cleared but the incident is under investigation.