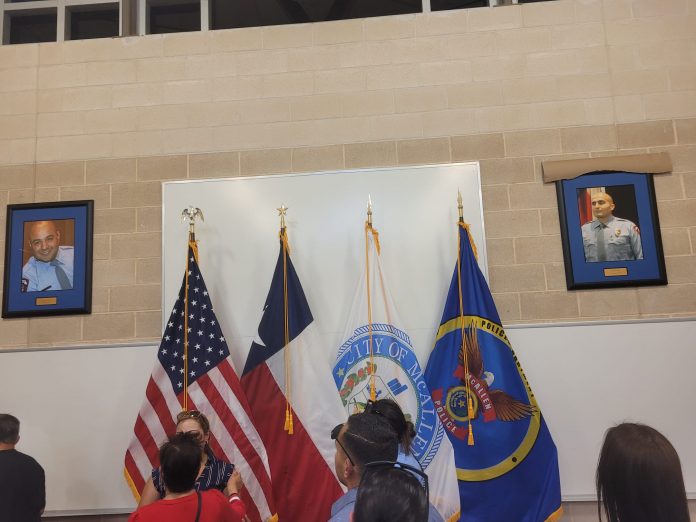 On July 11, 2020 Officers Edelmiro Garza and Ismael Chavez Jr. were killed in an ambush while they were responding to a domestic disturbance at a home in south McAllen.

“We stood their badges within the very foundation, the deepest and hardest part of the foundation. So while Officer Garza and Officer Chavez have fallen, their badges remain erect and they remain protecting this community,” said McAllen police Chief Victor Rodriguez.

Officer Garza, known as Eddie, was a U.S. Marine veteran and served as a police officer for nine years.

Officer Chavez was a science teacher in Weslaco for ten years before joining the McAllen Police Department. He served for a little over two years.