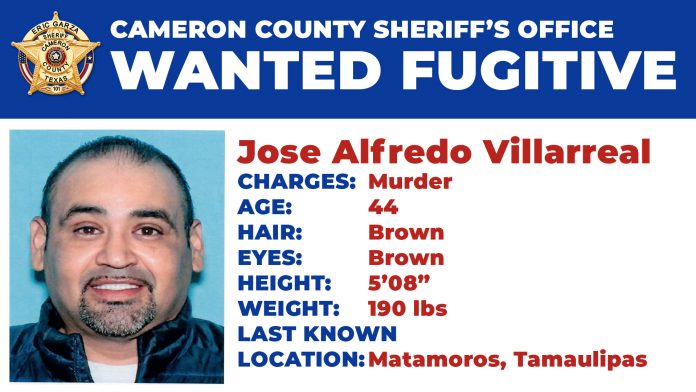 The Cameron County Sheriff’s Office is searching for a suspect in an ongoing murder investigation that occurred in Cameron Park near Brownsville.

Jose Alfredo Villarreal, 44, is wanted for the shooting death of Genaro Urbano Gomez Castillo, according to Sheriff Eric Garza.

“Jose Alfredo Villarreal along with co-defendants committed the murder of Genaro Urbano Gomez Castillo by multiple gunshots,” Sheriff Garza said in a tweet. “Villarreal has an outstanding warrant for murder and is considered armed and dangerous.”

According to a release Villarreal has an outstanding warrant for murder and is considered armed and dangerous.