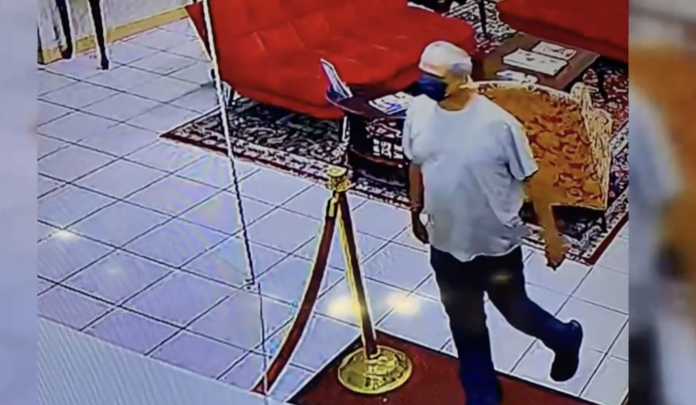 This past Saturday, a hotel in Mission was robbed, the suspect was caught on camera and now Mission Police Department is asking residents who may have any information about the suspect to come forward.

Surestay Hotel, located on the 600th block of East Expressway 83 was robbed by a man in his early 50’s. The suspect was caught on camera and made off with about $100.

Police said the man threatened the clerk with a note stating, “Give me the money, and no one gets hurt.”

Police are asking residents that may have any information to call the Mission Police Department at 956-581-8477.