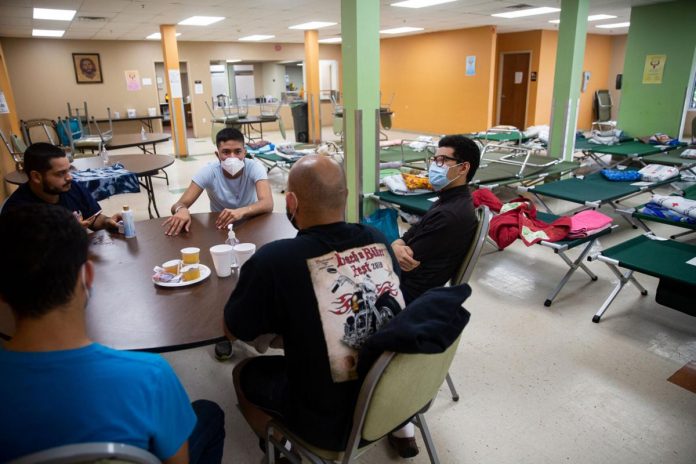 A local nonprofit Loaves and Fishes of the Rio Grande Valley is now taking in migrants amid a surge that seems to continue.

The local nonprofit says last week they received their most significant group of migrants, with 41 people arriving at once.

Once they were received a COVID-19 was done to each of them with all of the tests coming negative, but that’s not always the case, said Executive Director Victor Rivera.

Rivera says migrants who do test positive are isolated from the rest, as the shelter prepares for the number of people they’re getting to increase.

“You know, it’s almost like they say, the calm before the storm,” Rivera said. “We haven’t quite felt the storm yet like other agencies have.”

Besides testing migrants, Rivera says COVID-19 tests are available to his staff three times a week to keep them safe as they help those passing through.

The organization has reached out to the Catholic Charities of the Rio Grande Valley to help the large number of people they are taking in.