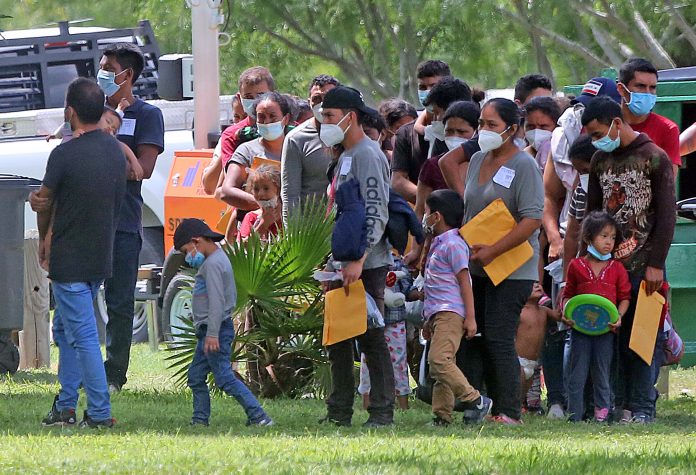 Emergency migrant shelter at Anzalduas Park continues receiving migrants who have tested positive to COVID-19, officials have reported more that 1,800 people have been dropped off at this shelter alone, now the worry new shelters will have to open as more immigrants continue to arrive at the banks of the Rio Grande.

The local non-profit organization, Catholic Charities of the Rio Grande Valley, is overlooking the migrants at the shelter. The shelter is guarded by Hidalgo County Precinct 3 constables and private security hired by the city of McAllen.

Hidalgo County Precinct 3 Commissioner Everardo Villarreal says he and the constable have their hands full. McAllen is asking for reimbursements from the federal government.

“We were reaching a point that the numbers were so high that we were just not able to handle the magnitude of numbers that were being released to the community,” Catholic Charities of the RGV Director Sister Norma Pimentel said.

DHS Secretary Alejandro Mayorkas told Sister Pimentel that her organization, along with many others on the border, could get reimbursed along with local governments for helping migrants.