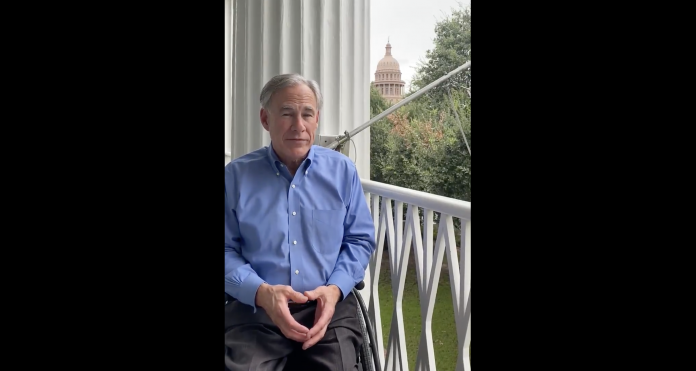 Texas Governor Greg Abbott has tested positive for COVID-19 on Tuesday, according to his office.

Through his Twitter account the governor said he is in good health and hasn’t experienced any symptoms.

Abbott, who was vaccinated in 2020, was isolating in his Austin mansion and receiving monoclonal antibody treatment, spokesman Mark Miner said in a statement.

The governor’s positive test came as cases of the virus soar with the highly contagious delta variant and hospitals around the state are stretched thin. More than 11,500 patients were hospitalized with the virus as of Monday, the highest levels since January.

The positive test comes a day after Abbott tweeted a picture of himself not wearing a mask while speaking indoors near Dallas to a group of GOP supporters, most of whom were unmasked.

Abbott’s wife, Cecilia Abbott, tested negative. The governor had been getting tested daily and Miner said “everyone that the Governor has been in close contact with today has been notified.”