Due to a technical error in the IRS website, millions of families across the country haven’t received the second round of child tax credit payments.

Around 5 million families have had to put their back-to-school shopping on hold after finding out  that the IRS had not deposited their second child tax credit check on August 13.

On Friday, the U.S. Department of Treasury issued a press release stating that a small percentage, less than 15%, of recipients who received payment by direct deposit in July will be mailed a paper check for the August payment.

IRS spokeswoman Irma Treviño says the issue will be resolved by September, but affected families could wait up to four weeks to receive a paper check in the mail.

To track your check, visit Irs.gov. 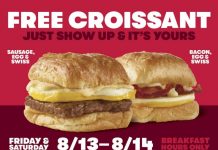