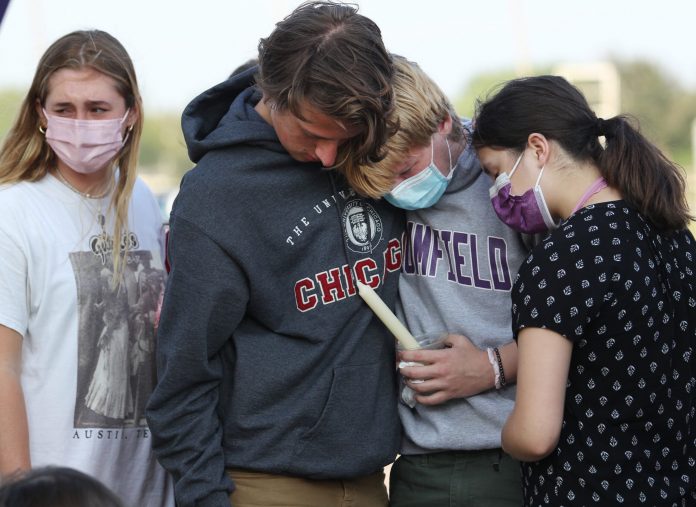 A McAllen ISD student died this Tuesday during club soccer practice in Edinburg, according to a district news release.

“Words cannot express the depth of this tragedy, we are a close-knit family at McHi and our heartfelt condolences go out to the Arney family at this most difficult time,” the district said in a news release.

Students and staff gathered Wednesday evening at a vigil for Arney.

Arney is described as an active student who was involved in multiple teams and organizations at school such as soccer, swimming, orchestra, theater and debate.

In honor of Moira, the school set up an account through Meal Train to take donations that will go toward meals and monetary donations for the Arney family.